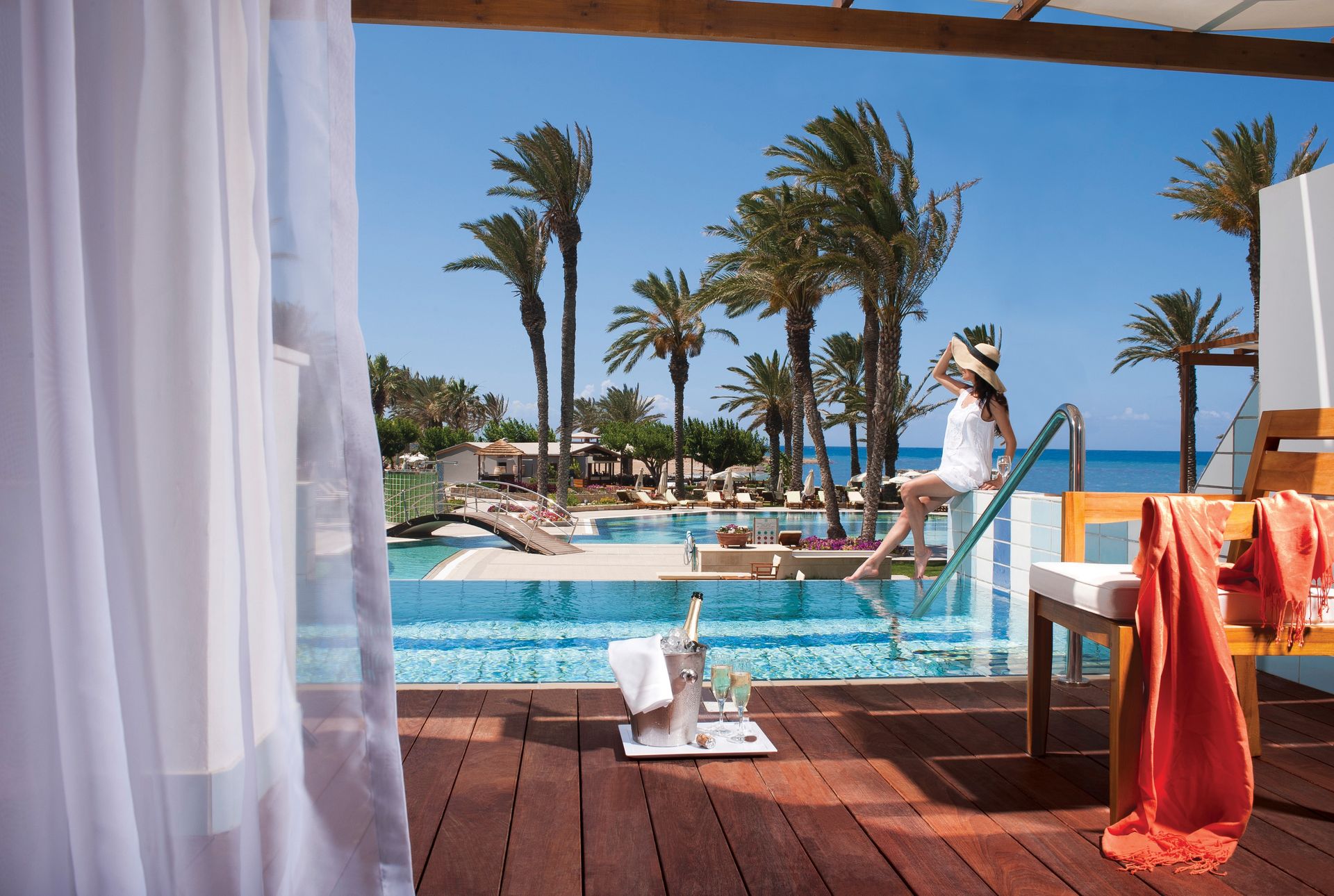 In Cyprus our greatest wealth is our people. Smiling friendly people, who take pride in welcoming visitors to their island and showing them what traditional, genuine hospitality is all about.

Constantinou Bros Hotels Ltd, a company founded and run by Cypriots can only keep up that tradition in its fine hotels with the emphasis on gracious hospitality, good food and smiling, friendly staff. The company comprises four, 4 and 5 star hotels, all on the west coast, in Paphos.

In 1979 the first company was founded with the aim of buying, selling and developing land, as it was clear that Paphos had enormous potential for development as a commercial centre and tourist resort. This family business has since been listed in the Cyprus Stock Exchange and today it continues to be run by the same family who created it, by its Executive President, Mr Andreas Constantinou and his Board of Directors.

In the decade that followed the company created projects comprising shops and apartments in the tourist and commercial areas, as well as villas with pools and landscaped gardens in the residential areas of Paphos and in the surrounding countryside. The company has built hundreds of centrally located shops, quality apartments and luxury villas. In addition numerous plots of land have been divided and sold.

Perceiving Paphos as a holiday destination of great potential, the company decided to enter the hotel industry and in the late 1980s a sister company was formed: Constantinou Bros Hotels Ltd. The company already had the foundations to begin construction immediately on the 3 – star Paphian Bay Hotel as it already had its own resident architects and draughtsmen as well as its own construction department. Over the following years the company constructed and opened four more hotels, namely the 4-star Pioneer Beach, the 5-star Imperial Beach (which was later sold to the Church), the 4-star Athena Beach and the 4-star deluxe Athena Royal Beach hotels.

At the end of 2008, the Paphian Bay Hotel, a firm favourite holiday resort for many people for over 20 years closed and underwent a complete reconstruction which converted it to a luxurious, 5 star, all suites hotel which opened on the 1st April 2010. The Asimina Suites Hotel –as it is called now- comprises only luxurious suites, some of which with their private pool and Jacuzzi all offering pure opulence and comfort to the visitor.

The four hotels of the Constantinou Bros Hotels chain are renowned for their prime locations and exceptional hospitality and they dovetail with the needs of visitors perfectly. Between them, they cater for almost all types of guests from most kinds of background. They reflect and cater for the increasing popularity of Paphos not only as a holiday destination, but also as an emerging international conference centre.